The Protectionism ensures the protection of home industries from foreign competition, encouraging them to raise production and generate more employment opportunities in the economy. For this purpose government imposes a number of restrict ions on imports and exports of the country through fiscal and other economic measure.

Today, almost all the countries of the world have abandoned the policy of free trade and have adopted the ‘protection policy.’ The following arguments can be adduced in favor of protectionism.

2. Diversification of Industries Argument. Every country wants and must be self sufficient as far as possible, in all the commodities, so that it might not have to face a number of difficulties at a time of war or emergency. The country must, therefore, go in for the balanced development of all industries. Balanced growth is possible only when there is diversification of industries and resources. A country cannot be self sufficient by developing only a few industries in the country and be dependent for its demands on foreign countries. It is dangerous for the stability and independence of the country. Self sufficiency cannot be attained without following the policy of protection.

3. Home Market Argument. Protectionism provides ample opportunities for the expansion of home market for domestic industries. By cutting imports, the government encourages the sale of homemade goods within the country. Consequently, employment opportunities increase within the country due to increase in the demands or home made goods, resulting in further development of home industries.

5. The Defense Argument. It is very necessary to develop the defense industry in the country itself. For its defense needs, a country cannot rely upon external supplies especially during war and emergency. Hence, the government should give full protection to enable these industries to develop in the country.

6. The Employment Argument. Protectionism provides ample opportunity for industrial expansion resulting the increasing employment opportunities for the citizens. It is maintaining stability in the country and increasing the national income.

7. Conservation of National Resources Argument. The national resources of a country are the precious assets. If the country does not protect them from being exported, they will soon be exhausted forever and the country’s economic development will be lap sided. The country may derive temporary benefits by exporting them but from the point of view of national self sufficiency and long term economic development of the country, the free trade policy may spell disaster for the economy. The national resources, therefore, should be protected in the long term interest of the country.

8. Dumping Argument. Under free trade policy, the foreign producers dump their goods in the domestic markets in order to capture them. The domestic industrialists especially in backward and underdeveloped countries cannot complete them due to economics of scale. Such a problem on the domestic industries can be fought only through are policy of protection by living protective duties on imported goods.

9. The Revenue Argument. The government follows the policy of protection to save home industries from foreign competitor In order to achieve this objective; the government imposes heavy duties on imported goods that bring handsome revenue to the State.

10. Balance of Trade Argument. Under free trade policy, if the terms of trade are unfavorable the country’s money or gold flows out of the country. If the country restricts the imports by levying the protective duties and by producing those goods itself in the country, it will check flow of currency or gold to other countries and it will also help improving the balance of trade situation.

Importance Of Protectionism In International Trade

What Is Protectionism In International Trade? 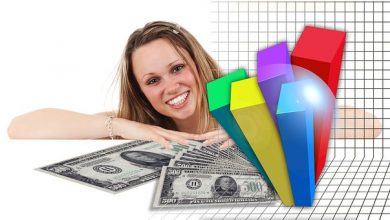