1. Sum Insured : If the sum-insured is restricted to a lesser amount than the actual value then in case of a total loss the insured gets the sum insured which does not actually indemnify him. Even if it is not a total loss, nevertheless, by means of a policy condition known as ‘average’ the insurers will not pay more than the proportionate loss, i.e. corresponding the ratio in between sum-insured and actual value. Similarly, there is also no point in arranging an excessive sum-insured as that will never entitle him to get more than the actual amount of loss as already explained. This will simply mean payment of excessive premium without any corresponding benefit. Sum-insured should, therefore, always base on the actual market value of the subject matter of insurance at the time of opening the policy of insurance. The essential requirement of insurance is that it should be full value insurance.

2. Excess : This means that with regard to any loss, a certain predetermined amount shall be deducted and the balance, if any, shall be paid.

Here it will be observed that due to a policy condition, the insured is not put back into the same financial position after a loss. From underwriting point of view such a treatment is sometimes required, particularly to keep a check on moral hazard with regard to an insured who is in the habit of making constant trivial claims. Another justification of excess is to eliminate trivial claims keeping in view the administrative expenses which are quite often more than the claim amount itself.

With regard to franchise also it will be seen that if the extent of loss does not reach the amount of franchise then nothing is payable and the insured does not get an indemnity even though he has suffered a loss. Nevertheless, from underwriting point of view, like excess, such a check is given to treat moral hazard and trivial claims.

4. Average : Average is a method by which under-insurance is defeated. The norms of insurance demand that there should always be full value insurance. Under-insurance deprives the insurers in getting the actual premium even though they are liable to pay the loss to the fullest extent, only limit being the sum-insured. The result being that the experience gets unfavorable leading to enhancement of the premium to the detriment of even those who always believe in full value insurance. To take care of such a situation average has been introduced to make the insured his own part-insurer to the extent of under-insurance.

If there is under-insurance then the insured will not get full indemnity. But it has to be appreciated that this is due to defective arrangement of insurance for which principle of indemnity cannot be blamed. One point is to be remembered here which is this that if the benefit of average is to be obtained by insurers then they must put this average condition in the policy. Otherwise, even though there is under-insurance average cannot be applied.

5.  Limits : Many policies limit the amount to be paid for certain events.

6. Deductibles : Deductible is the name given to a very large excess particularly in commercial insurance.

Application Of Principle Of Indemnity In Various Insurances

Types Of Average Used In Insurance

What Are The Main Reasons For Reinsurance 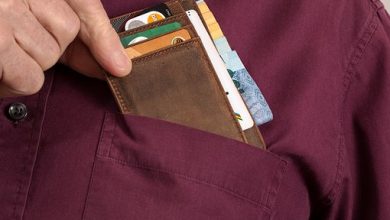