The 2007 report of the Intergovernmental Panel on Climate Change (IPCC) has forecast that global average temperatures by the end of the 21st century will have risen between 1.4C and 6.4C above the average for 1990.
Global warming is forecast to cause polar ice caps to melt, leading to a chain of events including rises in sea levels and climate change.

The IPCC regards the actual level of average temperature at the end of the century to be dependent upon:
 Actions taken by governments to reduce emission of carbon dioxide and ozone depleting gases into the atmosphere.
 The availability and use of technologies to reflect the sun’s rays back into space such as vast reflectors in low earth orbit or reflective particles scattered into low earth orbit.
 The actual feedback mechanism in the ecosystem which may accelerate global warming as ice sheets cease to reflect sunlight, forests disappear and plants under stress become carbon dioxide producing rather than carbon dioxide absorbing.

Various socio-political consequences have been forecast.
 Much greater cross-national cooperation to combat this common threat.
 Re-mergence of state-funded nuclear energy as a solution following its international abandonment after the Chernobyl explosion in 1986 and the consequent escalating costs of safety.
 Political conflicts are breaking out between developed countries and emerging economies over carbon emissions.
 Inter-racial conflict and rise of fascism as populations migrate towards higher or more temperate climates and are rejected by indigenous people.

 Land grab wars between USA, China and European states over Siberia and Alaska.
 Increasing blame heaped on industrialized nations by impoverished states leading to calls for aid or other countries using and to gain political influence.
 Breakdown in civil order as population squabbles over diminishing food and water supplies.

 Reduce carbon emissions through targets set in cross governmental accords such as Kyoto agreements.
 Penalization of carbon creating industries through taxes levied on emissions or on fossil fuels used.
 Investment in non-carbon creating technologies such as nuclear energy, wind and wave power and electric or hybrid cars.
 Making foreign aid dependent on acceptance of environmental policies by recipient countries. Other ecological issues
 Energy gap as fossil fuels diminish at a time when India and China are growing rapidly and demand more energy.
 Waste recycling issues as developed countries recognize the forecast use of landfill and also realize that much landfill is hazardous waste (e.g. NiCad batteries, electronic circuitry, oil and solvents in car engines).
 Bio-diversity issues as growing of cash crops and destruction of forests for grazing or building land also destroys species of plant, insects and animals.
 Introduction of genetically modified organisms into the food chain leading to loss of species and potentially hazardous future effects.

 Need to accept ‘polluter pays’ costs – taxes on emissions and requirements that firms buy certificates from refuse firms confirming recovery or destruction of materials the firm introduces into the supply chain
 Increased emphasis on businesses acceptance of CSR and of principles of sustainable development;
 Potential for economic gain from cleaning-up operations and selling surplus ‘permits to pollute’ to firms that have not cleaned up
 Potential competitive advantage from development of products that ecologically conscious buyers will favor
 Need to monitor ecology-related geo-political and legislative developments closely

PESTEL Analysis: The Strategic Significance of the Technological Environment

Legal factors in PESTEL Analysis: The role of law in society and its role in business relationships 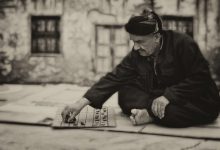