After HP and eBay, Symantec, the company of security solutions has decided to split into two different companies. Who will be next? 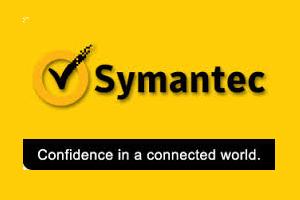 This is a normal trend in the digital and new technology industry. There are some days when we mentioned the announcement of the eBay division in two. The giant online sales site has decided to part with PayPal which it had acquired long ago. Apparently the idea is not only to allow PayPal partners to take part in the race of eBay competitors but also to more effectively respond  to the inevitable success of Apple Pay system of Cupertino.

Short after, it was announced that HP division is following the similar route. The manufacturer will split into two separate companies: Hewlett-Packard Company which (as the name suggests) will target businesses of HP Inc. and will focus on computers and printers.

And this time, it is the turn of Symantec. “As security industries and storage continue to change in an accelerated manner, each of the Symantec security and information management activities should face different opportunities and challenges. It became clear that to win both of the field of security and information management, it is necessary to adopt strategies, targeted investments and business innovations “ as said by Michael A. Brown, the CEO of  Symantec in an official statement.

You‘ll understand that Symantec will be divided into two separate listed companies . The first, which is tentatively called “Symantec” will therefore resume in all activities directly related to computer security namely; only the tools of protection, authentication or SSL certificates. It will be headed by the current CEO. The second company will focus on “information management” which includes activities such as backup tools or storage management.

With this maneuver each company can focus on its respective opportunities and have invested in R & D and adopt different business strategies. A reduction in the “operational complexity” is also mentioned.