The canon of economy , as canons of public expenditure, suggests that the State should be economical in spending. It implies two things, Firstly; the Government should not spend more than the amount required to be spent on particular item of expenditure. Secondly, The State should spend money in such a way that might develop the productive capacity of the community as much as possible. The first consideration has reference to the present while second consideration has reference to the future. The main aim of the canon is to avoid the wastage and extravagance of any kind. In this reference, it is necessary to check duplication of expenditure. In this connection, the Government should see that the expenditure should not produce , any adverse effect on production and on the will and the power of the people to sue .

(4) Canons of  Surplus or Balanced Budget:

According to this  canons of public expenditure, the state must avoid resort to deficit financing as far as possible. The classical economists always preferred surplus budget just like an ordinary citizen. But in modern time, balanced budget (no deficit no surplus budget) is preferred. It implies that the balanced expenditure must be balanced to public revenue. The policy of deficit financing is not tenable for long. Surplus budget also cannot find favor because it implies that the government is spending much less than what it should. The tax payers will realize a burden in paying tax. So, the government should prepare a balanced budget.

(5) Canons of Flexibility or Elasticity:

Flexibility must be there in public expenditure. It implies that the expenditure may be expended or contracted according to the requirement of the time. At a time of crisis, the expenditure should be cut down because the income of the government is expected to be short at such a time.

The principles or 5 canons of public expenditure should be followed by the government which taking up the project. Sanctioning authority should think well before sanctioning a budget.

Effects of Public Expenditure on Production and Distribution

Effects of Public Expenditure on Distribution of Resources

The Causes For Increase In Public Expenditure

The Reasons For Increase In Public Expenditure 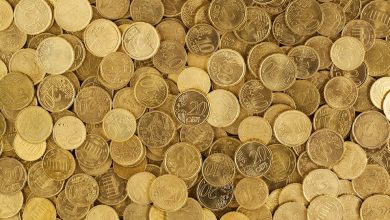