Huawei invest in France is a new dimension for smartphones.  Chinese phone manufacturer Huawei announced yesterday that it will set up an investment plan of  of 1.5 billion euros in France targeting  mainly on smartphones. 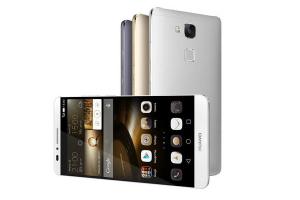 Huawei loves France as said the CEO of Huwaei yesterday during the visit with the French Prime Minister Emmanuel Valls and announced the investment in France of around 1.9 billion dollars, or about 1.5 billion euros.

As reported by the newspaper Les Echos, the investment in France has two components. The first relates to the purchase of the French subsidiary (around 600 million), while the second concerns the group’s purchases ($ 1.3 billion). This second part of the plan will enable Huawei to “enhance its business relationships with French companies.” Les Echos said that Huawei is already working with the chipmaker ST Microelectronics and plans to further develop its relationship with French SMEs and start-ups.

Ultimately, Huawei believes that 2000 jobs will be created indirectly in France and the Chinese manufacturer will double its own workforce in France by hiring 650 additional employees  including 200 researchers by 2018 under the investment in France . As such, Le Monde said that the company will recruit mathematicians, dozens of design specialists so that the brand of smartphones” are recognizable at a glance. ‘”

As a reminder, Huawei is currently the third largest manufacturer of smartphones in the world just behind Samsung and Apple. The Chinese manufacturer is also well established in France as it provides professional equipment to French operators to deploy 4G. The latest smartphone of Huawei is  Ascend Mate 7 and you can read the reviews on this 6 inches smartphone anywhere in the web.

Project Ara of Google: Presentation of first model in December