Full of good news for Google’s Project Ara. You’ll be able to choose the camera of your phone. 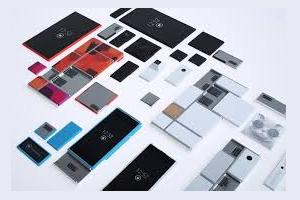 This is a moment that the Google’s Project Ara did not talk much about it. But so far it seems, it is very far from its death. Blog Phonebloks (working with Google as part of this Project Ara) even comes to relay valuable information from time to time.

The first working prototype of Project Ara will indeed be launched in the month of December 2014 and commercialization of the first models will be held in 2015.

For those who are not yet aware of that Project Ara was originally a project of Motorola. But when Google gave the manufacturer of Lenovo, its R & D,  Google stayed with it. And because of this, it is still a Google’s (one of the most interesting) project. Project Ara is developing a new type of smartphones called modular smartphone: a smartphone consists of a endoskeleton and modules that any user can select and replace parts as needed (on budget).

In essence it is a smartphone map whose life will be longer because it will be possible to renew the components or parts individually or replace if damaged.

If one believes the publication of Phonebloks, the project is progressing very well even as the Project  Ara now has in its ranks with Toshiba, Quanta or Foxconn.

There are a few months when we were discussing for developing a special version of Android for smartphones under the project.

This information is also confirmed by Phonebloks. Linaro is the company that is in charge of creating a version of Android L for modular smartphones. A version that will allow users to replace such modules/parts (e.g, camera) without turning off the device.

Huawei invest in France: A new dimension for smartphones