Ethical banks will establish a model for social finance

Total transparency, no speculation: the first bank “ethics” of France would soon emerge as a symbol of the hype surrounding social finance after the financial crisis. worldwide. 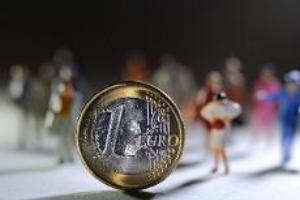 Offer to investors to fund organic farmer, an insertion association or public housing, all without recourse to financial markets and publishing every year the list of loans actually granted: that the principle of Nef for “New Economy fraternal, “a finance company founded in 1988.

“I wanted to make sense of my money,” said Elodie Payen, who left the Postal Bank for Nef in 2009, this employee in the field of wood heating wanted to move away from “speculative approach” and put their savings in line with his beliefs.

On depositing the money in the Nave, Ms. Payen could choose a “guidance” for money – environmental, social or cultural. It has also offered to reduce the amount of interest it would receive to reduce the rate of loans granted by the Nave, and donate all or part of its interests to an association.

In thirty years, the Nave has continued to grow, reaching 33,466 members and 396 million end 2013 resource But so far, it only offered deposit accounts (a form of savings) for lack of have the appropriate status. This is the cooperative credit bank which completed its offering with current accounts and savings accounts, while placing a portion of its capital in conventional financial channels.

Since Jan. 1, a change in European legislation allowed the Nef to become a “specialized credit institution” and subject to obtaining the approval of the regulator, it will open its first books in late 2014 and its first accounts current end of 2015.

Heirs of the cooperative movement in the nineteenth century banks, “ethical” banks have emerged in the 1970s – with GLS Germany, Holland or Triodos Banca Etica in Italy – and the principle of transparency has taken on particular resonance time of financial crisis.

Finance “solidarity”, which includes the Nave, is experiencing double-digit growth for several years (28% between 2012 and 2013).

“There is a craze for the finance manager, who comes from a demand for accountability of customers,” said Lucie Pinson, responsible for finance at the association Friends of the Earth.

An offer which however remains sporadic, contrary to that of the Nave. “The shared savings (of giving its interests in an association) is a commendable gesture that should be encouraged,” said Jean-Marc de Boni, President and CEO of the Nave. “But it‘s like giving the tail of the icing on the cake. For us the most important thing is the big cake,” he adds.

Especially if it is growing, social finance is only 6.02 billion in assets, a drop in the ocean of French financial assets, which amounted to € 4,000 billion.

“We have people in the ISF and the people at RSA,” says Boni, who refutes the image of a “bank bobos” and believes the rapid growth of social finance.

But Amelia Artis, assistant professor of economics at Sciences Po Grenoble, purchasing power remains an obstacle. “This is very secure savings, however, compensation is rather low (…). This is an arbitration, and it is not so obvious that Mr. and Mrs. everyone can go to these products–there, “she says.

And if the context is rather favorable after the 2008 crisis, “Nef by itself is not able to change banking practices. Stake is not it remains a Gallic village, but that it irrigates the developments of banking, “she said. But people will always expect ethical and social finance

Windows 9 unveiled on September 30, and a brand new Windows RT?

BlackBerry: The Wrath of Khan