BlackBerry and Porsche are still working together on the development and design of common smartphones in very singular design. The future P’9983 (code name “Khan”) is no exceptio 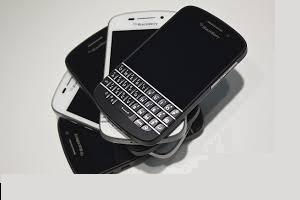 n to the rule.

By default : The Wrath of Khan

In addition to a design that appeals to everyone, this terminal has the distinction of being the first in the range to run on BlackBerry 10 The presence of a physical keyboard may appeal to nostalgic for this type of interaction. However, it will not be expected to “capacitive keyboard” of the future Passport.

But of course, the 3.5-inch touch remains. Under the hood, the smartphone will run on a dual-core processor clocked at 1.7 GHz, 3 GB of RAM (!), 64 GB of storage. The P’9983 will be released in the wake of Passport, ie a few weeks at a price worthy of the vehicles in its co-designer: about $ 2,000. The Wrath of Khan is wonderful.

Social Finance: A bank "ethical" is it possible? Yes, says the Nave