EASA decision on smartphone use on airplanes

The European Aviation Safety Agency or EASA just announced that it will allow passengers on European routes to use their smartphone use on Airplanes normally after and before take-off and landing of the airplane.

Can you do smartphone use on airplanes? 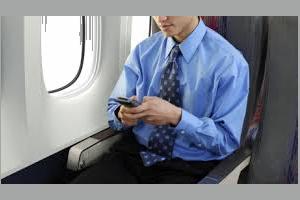 EASA, the European Aviation Safety Agency has just published a press release in which it announced that passengers on European airlines are now allowed to turn on and use any electrical device transportable in a normal way, without going through airplane mode before and after take-off and landing of the airplane. EASA states that this applies to all electronic devices like smartphone, tablet, MP3 player, laptop, reading light etc.

However, this does not mean that airline passengers of European airlines can call from their device now. EASA agreed but it is the time now for airlines companies to allow passengers to carry and use of their devices on their planes. And to do that airlines companies will have to pass necessary tests to ensure that there will be no interference between devices of passengers and the various equipments in aircraft communications. In other words, it will take a few months (years?)  before explicitly airlines allow passengers to make and receive phone calls from the plane.

Smartphone use on airplanes in USA:

It should be recalled that the same measure is already in place since last year in the United States. However a few American airlines will allow you to call from aircraft. We also will raise the question of the necessity and relevance of receiving and making calls on planes. For example, it we think, will be irritating to hear someone talking on the phone like in public transport or on the train. In a plane, it would not necessarily be a good idea … But we are not against 3G access and 4G LTE.

Characteristics Of Fixed And Variable Costs