During its development, Facebook (which now has more than 10 years) has accumulated a lot of features. But those who have never used other social networks do not necessarily know that there are some who have been inspired by competing platform. 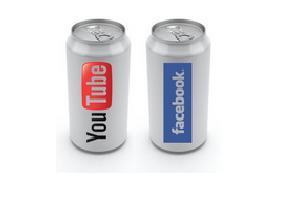 For example, hashtags which were introduced last year were already on Twitter long. We could also mention the collaborative album which was a feature, already present on Google+ or the “skills” in the profile information that are a bit “LinkedIn” alike.

This time, Facebook has decided to focus on video content. Recently, the social network launched analysis data specific audience, that allowed to see who has released a video,  to see how many times the content has been read and the date by which the user was watched on average.

This time, the number one social network installs a meter to his videos. A counter that will be visible to everyone and that will inform users about the hearing and the scope of viral content.

The announcement was made ​​on the Facebook blog that at the same time pointed out that Facebook videos are becoming more and more popular.

Between May and July 2014 the number of views of videos Facebook would have grown by 50%.

And since last June, Facebook has seen no less than a billion views of videos per day on an average. Over 65% of these views are via mobile, which is a good thing.

An update to take place in a few weeks

In a few weeks, Facebook users will be able to see the number of views a video, user or social network page who published it .

In addition, Facebook also plans to test a feature that will display suggestions of videos to a user when he finished a read.

And to finish, it is now already possible to integrate a Facebook video on other websites or to place a “call-to-action” button at the end of a video. In essence, Facebook becomes increasingly “YouTube”.

10 Evernote features that will simplify your life

Blackberry Classic: a few shots of the next mid-range BlackBerry