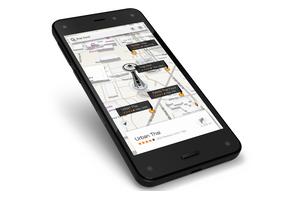 If the first product by Amazon had bagged the interest of public and the media before it was officially released by the e-commerce giant, the rest of the story would have been less exciting.

Sales is not satisfactory but the no official figures are known. Many media and American analysts agree that sales of the Amazon Fire Phone struggling grow. Unofficial sales figure is less than 40,000 units.

Regarding the reasons for this failure, analysts have several theories. Some believe, for example, that “extra items” of phone were not enough. Some are with other opinions. They think that the asking price is the key reason  (more than $ 600 without countering), or some said about the fact the the Amazon Fire phone is exclusive to the AT & T operator. Anyway, it seems that something went wrong in Amazon’s strategy.

Furthermore, it was recently decided to give a discount. Indeed, the price of a Amazon Fire Phone (with two-year contract with AT & T) fell from $ 199 to 99 cents. Of course, many American journalists did not wait long to make comparison between the fate of the Amazon smartphone and Flop of the “Facebook Phone” (or First HTC) which also was finished at a discount.

But anyway, the Amazon Fire Phone will still come out of the USA. Its arrival in Germany and the UK have already been announced on September 30. This would be with exclusive German and British operators. For now, France is not mentioned (and we do not know why). But for the curious, it will be easier to get one.

Price and Specifications of iPhone 6 and iPhone 6 Plus