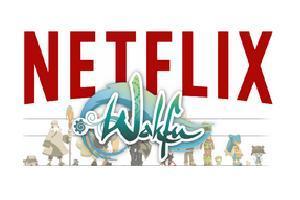 You will be surprised to hear one of the major tech news in this month of September which  is  the arrival of Netflix in France. But there is no question of that now, since the launch will be  done through next week!

The story  behind the (Netflix Wakfu) partnership

The meeting between Netflix and Ankama has done earlier this year at a trade show. Olivier Compte, DG Ankama has exchanged proposal during a discussion in the trade fair  and decided to send a quick email about this.  Before the end of the day, there are a couple of messages they have  exchanged. The discussion will continue a few weeks later after lunch.

The relationship has become immediately very good. Netflix is full of engineers with a lot of people who came from the video game arena. Ankama is a transmedia dynamic group who is giving amusement to the audience through animated series, toys, games and consoles for smartphones, etc.

Netflix will make an offer that will be hard to refuse by Ankama quickly. Indeed, while the animated series Wakfu had previously known in little scattered way in some European and Asian countries, the SVOD service offered Wakfu‘s visibility internationally in 40 countries where Netflix is available and provided access to its 50 million potential subscribers.

Ankama refused to disclose the terms of the contract but said they were very pleased to sign this global partnership with Netflix and that will last several years. The company based in Roubaix (Northern France) is now in joy. Wakfu will be available from next Sunday (September 14).

With this acquisition, Netflix confirms, once again, his willingness to play with the rules imposed by France. Indeed, besides its decision to respect media chronology, Netflix is involved in the local economy by helping French productions those are to be exported worldwide.

“In France, the world of animation has a very long history. The French are among the best and most innovative in this area. We are excited to work with Ankama to offer this series to millions of Netflix subscribers and hope in the future to strengthen our relationship with Ankama and other French animation studios. “