Pho and Ramen are in popular list in google search results. Since 2009 Pho or Phở  has got a continuous popularity in Google trends.  This term is seen most popular in India, United States, Canada, Australia and France. But what is this Pho which people around the world are much interested in? Let us have a discussion on this subject.

Pho or Phở   is a Vietnamese soup which is consisting of pho broth, rice noodles, a few herbs, and meat. This meat may be either beef or chicken. This is a very much popular street food in Vietnam. Google trends show it has crossed its boundary from Vietnam restaurants to international level. A number of restaurant chains around the world serve their customers with Pho, nowadays. Pho is generally pronounced as “fuh”, no matter how you slice or make it.

What is Pho Soup Made of?

As we said earlier in the previous para, Pho soup is made of rice noodles and tender bites of meat. Vietnamese pho is really all about the broth. True pho broth is a long-simmered affair, combining chicken or beef bones and some herbs with spices like onions and ginger to make a deeply rich, salty and spicy broth. This broth-based soup is frequently served with bean sprouts, chili peppers, lime and Asian basil. Please don’t overuse the spices since that may upset your stomach.

Is Pho harmful to your health?

You can customize this delicious Vietnamese Pho soup at your desire to make it more healthful. Compared to other fast-food dishes, a small serving size of pho is fairly balanced in nutrients and pretty low in calories which is around 162 calories per serving size. It is having low fat and several key vitamins and minerals. Pho soup can be set in your daily food menu and certainly fit into a healthy eating plan, expressly if you make it at home. Pho Broth is Gluten Free and suitable for vegetarians. Vietnamese believe that Pho is a herbal food for cold remedy.

Concluding that Pho soup is having much of positive reviews in google search results, may be for its taste and health benefits. I never had this dish so can’t comment on whether it is good or bad for health.

Let us talk about Ramen. Ramen, is a popular Japanese dish which was initially imported from China. Nowadays, it has become a popular food in Japanese cuisine. In Russia also, it has achieved its popularity in recent days.  It is made from many different types of broth including Soya Sauce, Salt, Pork bones, a hard or soft-boiled egg, seaweed, sprouts, corn, and narutomaki.  It is often served with a variety of noodles as well.

Difference between Pho and Ramen

The clearest difference between pho and ramen is the toppings. Where pho uses natural herbs and sprouts, ramen uses a long list of ingredients which includes pork or pork bones, a boiled egg, seaweed, sprouts, corn and narutomaki.

Pho noodles are rice noodles where Ramen noodles have a special ingredient: Kansui. Kansui is a form of alkaline water originated from Mongolia.

The meat is sliced thinly in pho where the meat in ramen is usually thicker and bigger. The egg plays a key part in ramen which is found absent in the Vietnamese Pho soup.

Whatever is the case may be, Pho soup or its recipe has a quite popularity in India, United States, Canada, Australia and France and tonkotsu Ramen has a wide popularity in Singapore and Belgium as well.

What temperature does water boil? 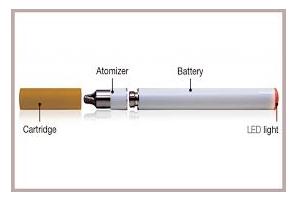 Importance Of Vaccinations And Immunizations 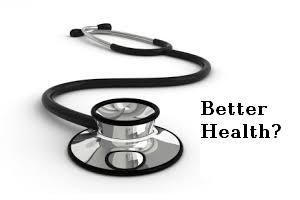 7 activities and behaviors that will make you happier