The engine makes its results disappear references linking a perpetrator to a page, and announced that it will focus even more tags to “author” combining author and content.

John Mueller, Webmaster Trends Analyst famous at Google, has posted a long text on Google+ announcing the abandonment of authorship. As a first visible result, the small gray mention assigning a page to an author has already disappeared from the results.
“This is not just a change of interface“

But that‘s not all, in the comments on this post, John Muller had to clarify the will of Google, and also announced that the engine is not even going to grant any special importance to the tag “author”, which allowed linking content to a copyright in the source code of a Web page. Thus, the question “is that it is now an announcement of a change, limited to the interface, or does it also causes complete cessation of the use of ? associated with authorship data, “John Mueller says,” this is not just an interface change, we will no longer process data. “

The employee said the engine essentially that this is only “enhance the user experience.” He said the authorship “was not as useful for users as expected” and could even “distraction from the results.” He even claims that “according to the tests, stop the authorship will not reduce traffic sites, nor increase the click on ads” generated by Google on its results pages. Ads not so surprising?

The announcement sounds the death knell of an experiment launched it three years ago with great conviction and energy by Google, which relied on the SEO rewards promised (and actual) for those who were establishing the authorship to boost its Google+ social network. This will also permit to Google+ becoming the preferred SEO social network. Many SEO even imagined that Google can integrate this widely authorship system in its algorithm, and even expected to see Google boost the visibility of the contents of the most relevant profiles in the results (thesis called “the author rank” just today lost one of its best case). 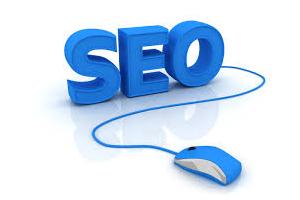 But if this latest announcement, at first, may seem surprising, as the authorship seemed doomed to a bright future SEO there are only a few months, it is in fact a logical continuation of a long series. As part of its eternal struggle against spam, Google had first started removing photos massively author profiles a little too spammy to taste the results in December. More surprisingly, the giant announced in June that the photos of the authors would no longer appear in the results. In August, all statistics authors also disappeared from Google Webmaster Tools. Today, it is therefore only the final blow.

Tencent and Baidu are combined with Wanda to weigh facing Alibaba