Apple’s Smartwatch has finally introduced! Presentation of the Apple watch can change the way you look now.

Fans have expected for many months even years but Apple finally ended this long waiting for its SmartWatch as officially unveiled in the Flint Center. It must be said that the watch was entitled to the famous “One More Thing” and finally, little information had leaked around this watch, a rather important announcement of Apple.

Let’s start with the name of the show which will surprise some of you because Apple decided not to use the term “iWatch” for its SmartWatch which was used for years by the media, and now it will be “Apple Watch”.

Apple Watch shows a rectangular connected to a minimalist design; we have noted the presence of two buttons including a scroll wheel that will replace the HD Retina display touchscreen, a screen which is used to protect the Sapphire. Finally we appreciate the bracelet attached to the Apple Watch with the magnetic closure. 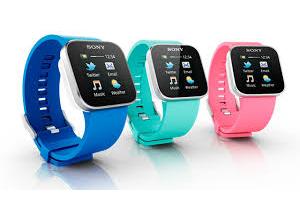 Note that three versions of Apple Watch will be available; such as Apple Watch, Apple Sport Watch and Apple Special Edition which is engraved with 18 Karat gold in order to be compatible with the iPhone 5, iPhone 5C, iPhone 5S, iPhone 6 and iPhone 6 Plus .

In terms of the software of Apple Watch, there is a redesigned version of iOS in which Siri is obviously present and which is there in its own AppStore.

In terms of features, the Apple watch can interact with the Mac devices to control the music; for example with the iPhone. Indeed, an Android Wear will be needed which is dependent on the smartphone. Apple Watch can also use the GPS of the iPhone and covers heavily on health issues. We also appreciate its water resistance feature.

Apple Watch will indeed be able to give us information about our physical activity (calories burned, heart rate and exercise duration) through its three applications: Activity, Fitness and Workout. It will recall the theme of Health had already been discussed during the Worldwide Development Conference (WWDC) and the presentation of the application as Healthkit. In addition, the watch will also be able to use a remote control for the Apple TV.

Finally, the Apple watch will be benefited from Apple Pay Service with its NFC chip.

Two bad news is there but worth noting. The first concerns of the Autonomy of the Apple watch that has not been revealed, Apple chose to highlight the induction charging system. The second is the Release date since the launch of this watch is scheduled for early 2015.

Spotify video ads will arrive soon with us