You can now Monetize your apps with Facebook Ads and grow 37%. An important notice for application developers. It is now possible to display Facebook ads (theoretically more targeted Audience Network) in your apps. 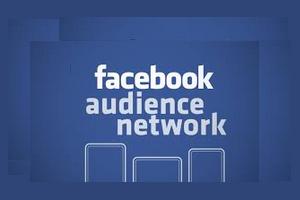 Remember, in April, Facebook released its Audience Network. For those who do not remember, this is a program that allows application developers (iOS and Android) to display advertisements on their Facebook apps and therefore earn money from it.

This time, the product is officially released in its beta version and developers can register at developers.facebook.com/docs/audience-network link. Among the partners who already show Facebook ads are Shazam, Deezer or Zynga. Glu, another publisher that already uses this Network, says that through the program of Facebook, he was able to multiply  the CPM by two. As for Shazam, it would have been a 37% increase in advertising revenues through Audience Network.

Showing correct ads to the right person at the right time can optimize revenue performance for developers and advertisers. War between AdMob and Audience Network (the product offered by rival Google) is also declared.

Regarding the ads that will appear on applications, Facebook now offers banners, full screen and an API to display advertisements as “native” ads.

Also remember that a few days ago, Facebook had developed the new version of its Atlas platform (by Facebook) which intensifies rivalry advantage between Facebook and Google in the web marketing industry.