After the first, fourth and eighth episode of Dragon Quest, Square Enix has just put Dragon Quest 2 online . As the name suggests, this is a continuation of the first episode both from a screenplay perspective and gameplay. The action takes place 100 years after the events of Dragon Quest‘s first name and the game we propose to take control of Prince Midenhall and find the descendants of Erdrick to stop an invasion of demons. The gameplay on the other hand uses the principle of turn-based battles and exploring a relatively open world. 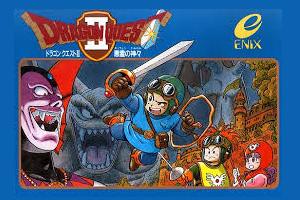 Dragon Quest 2 seems to use the same graphics engine as its predecessor. Which is not bad because the graphics and touch controls are suitable for our devices the next century. Attention Square Enix has not seen OK to correct all the flaws in the previous episode. Thus, the dialogue is still entirely in English and the game is not yet compatible with virtual machines ART Android 4.4.

Lastly, while the first Dragon Quest was sold at 2.69 Euros, the second episode Dragon Quest 2 will see an increased price of 4.49 euros.