Xperia Z3 Compact is in some ways the mini version (499 euros) of new high-end Sony. This one is smaller and has a lower resolution but retains the main features of Z3. 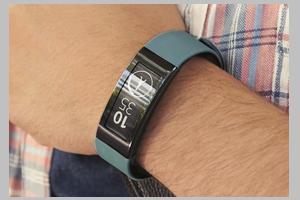 In addition to the Xperia Z3 and Xperia Z3 Compact, Sony also unveiled the Sony Xperia E3, a 4G smartphone that wants affordable (169 euros), with a 4.5 inch screen, a 5 megapixel camera and a Qualcomm Snapdragon processor clocked at 400 1.2 GHz.

According to Sony, the new tablet is currently the thinnest and lightest in the market. Measuring 6.4 mm thick and weighing 270 g, the Xperia Tablet Z3 Compact IP 65/68 (waterproof) is certified as the most mobile of recent connstructeur. The Full HD screen of the Tablet Z3 Compact measures 8 inches diagonally.

It uses the same processor as the Xperia Z3 RAM and 3 GB. More importantly, it also has the feature called Remote Play, which transforms the tablet into screen to play on the PlayStation 4.

The price of the tablet should be between 379 and 479 euros.

It was also in Berlin, September 3, Sony has unveiled its first Android smart watch Wear called “SmartWatch 3” which will be sold at a price of 279 euros.

Of course, it is also IP 68 (tightness) certified. It has 4 GB of memory and comes with a TFT LCD screen 1.6 inches. While other manufacturers are trying to make very design “classes”, the Sony SmartWatch 3 instead of a sporty appearance (personal opinion).

In addition to the shows Android Wear, Sony also introduced a fitness wristband called SmartBad Talk. With an E Ink screen of 1.4 inches and a few sensors, the bracelet can also answer calls without having to enter their mobile. It also supports voice commands. I wish good luck to this Xperia Z3 Compact Tab.

IFA 2014: Sony turns up with a shower of new things like Xperia Z3