Do not think that the fingerprint scanner on your iPhone is secured from hackers. 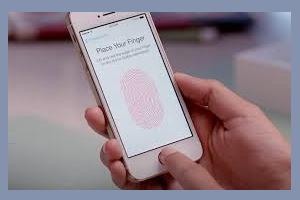 Whenever a manufacturer (either Apple or Samsung) has a mobile equipped with that type of biometric sensor, hackers encircle there  to expose that there is always a way to bypass this security.

Previously we talked about hacking the iPhone 5S and the Galaxy S5, with fake fingerprints obtained from the impressions left by the user’s fingers on the touch screen.  With us other friends, like Lookout,  did not wait long to test the TouchID of  iPhone 6. iPhone 6 fingerprint scanner hacked from false impressions.

The bad news is that iPhone 6 fingerprint scanner hacked by using the same technique that had already allowed by Lookout circumvent security TouchID in iPhone 5S.

But Apple still would have to improve its biometric sensor. Indeed, Lookout observed that the mobile emitted less often true and false impression that was used to hack the iPhone 5S and failed to bypass the security of the iPhone 6.

Nevertheless, using the same technique as duplicating the fingerprint of a user and ensuring that the false impression is clear, correctly proportioned, well positioned and sufficiently thick; then it would be possible to bypass this security .

But then, should we worry? Lookout thinks “not”. According to Lookout, the hacker requires skill, patience and a really good copy of the fingerprint of the user.

But security expert also noted that: “I can not help but be disappointed by the fact that Apple has not taken the measures to really enhance the security of TouchID. “

The worry in iPhone 6 fingerprint scanner hacked: Losing an iPhone 6 or 6 Plus (which uses Apple Pay system), we are therefore exposed to the risk that if  it falls into the hands of persons sufficiently expert to falsify fingerprints, we have to leave ‘touch screen.