It’s no secret that the sales of the PlayStation 4 fit like a charm and even exceed all expectations from Sony. If you believe VGChartz, it would have passed no less than 10.8 million PS4 in the world, against 5.4 million Xbox One and 7.2 million Wii U. 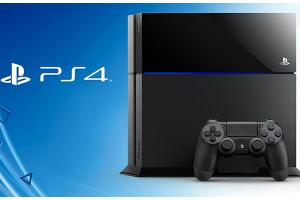 These figures are of course to be taken with caution, but they have more or less confirmed by the Japanese giant this summer.

To celebrate the event, we decided to dedicate this new deal with Sony’s console, with an offer that may be very difficult to refuse.

Throughout the day, the PlayStation 4 is actually proposed at € 344.95 by our partner. This is obviously the basic package, the one involving the console, its accessories and a DualShock 4 For comparison, the selling price of this bundle is currently around € 399 in all supermarkets.

How to take advantage of the offer? It’s very simple, just go to ‘http://track.effiliation.com’ and add the console in  your cart. Then it will do not more than entering the code RAKUTEN–FFF092014 to enjoy a discount of 15 €.

Be careful though, because this deal is limited to the first 1,000 customers.

So of course, without a games console, it does not serve much (though, with Netflix and blu-ray, it may also be worth it) and it is precisely for this reason that this deal is coupled to another offer, this time concerning FIFA 15.

If you pre-order before September 25th by above this link, and you enter the code RAKUTEN–WEFIFA15, the title will only cost you € 52.99 where shipping is included. While it will be proposed at € 69.99 by most retailers.

BlackBerry Passport: Will it be a successful comeback?