The IFA 2014 has not yet opened, but the ads have already started to rain. Lenovo actually just introduced some of its latest and, in the batch, and issue a new touch pad cut for most mobile users, and more generally for those who are looking for a device capable to support them in each of their displacement. 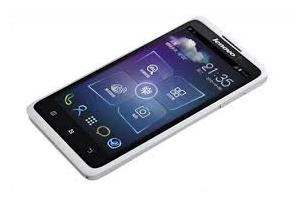 Lenovo Tab S8 is equipped with clean lines, yet elegant. In other words, it should appeal to many. Also note that it does not exceed 7.9 mm thick, with a weight not exceeding 299 grams on the scale.
Very attractive technical specifications

Technically speaking, the beautiful features a 8-inch screen capable of displaying a type Full HD 1080p, for a 1920 × 1080 resolution. Add to that an Intel Atom Z3745 processor consists of four cores clocked at 1.86 GHz, with 2 GB of RAM memory behind.

Its storage space is limited to 16 GB. They are entitled to a primary sensor 8 megapixels topped with a lens capable of opening to f / 2.2. On the front side of the slate, there is a front camera of 1.6 million pixels and two speakers.

Lenovo Tab S8 is powered by a battery of 4290 mAh, with a self-announced 7 hours use and 400 hours standby. However, it will wait for feedback from the first users to see if this promise is fulfilled.

Otherwise, well aware that it will be powered by Android 4.4 KitKat and it will be available in several different colors, varying by market: black, white, blue and yellow.

Lenovo Y70 Touch: The New Friend Of The Players