Despite the cancellation of certain projects, including the ambitious McLaren, Microsoft will continue to develop high-end smartphones specializing in pictures, like the Lumia 1020.  Microsoft have an ongoing project. But is it a successor to the 1020? Maybe not. 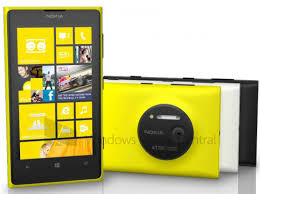 Microsoft streamlines its mobile division. Before the summer, the group has made a plan to overhaul the whole structure, whether its range from terminals or teams whoever it is. So Microsoft has decided to eliminate 18,000 positions (the vast majority from the former Nokia Devices & Services teams), partially laid off from S40 Asha and Nokia X and some from rather ambitious projects like Lumia. According to rumors, this would be the case of McLaren. The Windows Phone that was supposed to board a 3D interface and sensor inherited from the Kinect. Fortunately, all the “ambitious” Microsoft projects have not been abandoned.

The Lumia 1020 will know its true successor? Not necessarily …

Microsoft continues to invest in the photo …

Giving a slight interview with Techradar’s  Jo Harlow, vice president of corporate telephone division at Microsoft, told the group that it would continue to invest in the segment of camera phones. While Asked about the possible release of a successor to Lumia 1020, Jo Harlow responded positively, but not confidently. An answer to the American: “Absolutely. (…) We continue to invest in this area to make the next major functions in the high-end imaging”.

We must, of course decode these words. Yes, Microsoft continues to develop smartphones with very good photographic characteristics. Yes, Microsoft will offer  of camera phones in the future. Yes, Microsoft has new features to offer, like those presented by the company at its meeting held on the sidelines of the IFA last week. When will these mobile come? Only Satya Nadella and Stephen Elop could say. Do they think of the rest of 1020? Not necessarily.

… But not necessarily in camera phones

The future existence of a Lumia 1020 is therefore not a certainty by any means. Because Lumia 1020 segmenting and thinking for strong photography. The Lumia 830 and 730/735 shows that Microsoft wants to go upmarket in digital photography, while remaining affordable products in this segments like the Lumia 530, the best-selling Windows Phone. The Lumia 1020 was launched in July 2013. Fourteen months later, still no substitute. The question is whether Microsoft can not reserve an ad for the end of the year.

Nexus 9: What Google is planning for new Nexus 9?