Xperia Z3 has just come out that already the first rumors about the Sony Xperia Z4 arrive. They evoke a screen with a better resolution than Full HD, contrary to official statements held by Sony at IFA. 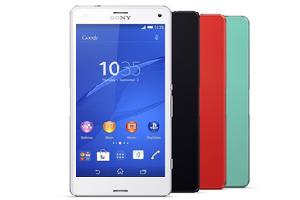 Sony Xperia Z4 will be awesome which all mobile fans will expect.

Let’s be honest: the techies that we are expecting a little more from Sony Xperia Z4 with the Xperia Z3. Certainly the Remote Play has clearly hit us (even if the function already existed between the PlayStation Vita and PlayStation 4, but nevermind …). But technology platform is nowhere near that of the Galaxy Note 4 Samsung or even that of the G3 Cat.6 officially announced in Korea. Two main points of stumbling blocks in the Xperia Z3, yet very nice: the screen is full HD and the chipset is a Snapdragon 801 On these two points, Sony clearly has not achieved its goal to always offer the best components in its flagship at the time of its launch.

When reporters expressed this view at the press conference, Sony representatives present had a mission: to report what Calum MacDougall, the marketing director of Sony Xperia “up to 8 inches, the human eye is not able to tell the difference between HD and Full HD Quad. “Words that sound like a justification for a slight technological gap.

In contrast, we also remember the press conference from LG. The Korean manufacturer showed that although the grain of the pixel was too small to be visible, an image over 500 dpi was visually better than an image at 400 dots per inch. Argument does not seem to convince Sony, officially, but unofficially that could have an impact in the near future … 6 months.

The next Xperia Zx should not be Full HD

So this is the first rumor about the future model of the Z series, we could wait for the beginning of next year, around the Mobile World Congress. According to the serial-leaker Ricciolo specialist leaks from Sony, the next Xperia Zx could therefore see beyond the screen Full HD definition and enjoy a screen resolution among the best. Does it mean that the smartphone will switch to Quad HD? This is obviously the most likely.

A change to wait as the side of the chipset?

In his message, Ricciolo says that the next Xperia will have high-end technical specifications “on top”, including the technical characteristics of the screen. So understand that it further includes other features. This means that the Xperia Z4, or whatever it is, would be based on a new chipset. We expect to see disappear naturally 801 Snapdragon Snapdragon 8xx to a more current profit. Three possible candidates: Snapdragon 805 (quad-core 32-bit 2.7 GHz), 808 (hexa-core 64-bit) or 810 (octa-core 64-bit), the latter being the most desirable (but not necessarily most likely).

Given the semi-annual renewal rate of the high-end Sony, the next Xperia Zx is expected at the end of next winter. Until then, we’ll certainly know more.