BitTorrent Bleep, the instant messaging application by Bit Torrent is now in public with an alpha version release. 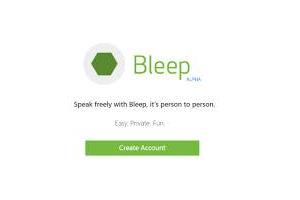 There are a few months before when we came to know about an instant messaging application developed by Bit Torrent. At that time, the app was still at a very early stage of its development cycle. But now it’s out of the private alpha version, which means that everyone can now test it.

Bleep is the name that instant messaging application given by Bit Torrent, formerly it was named Bit Torrent Chat. Currently Bleep is available on three platforms: PC, Mac and Android.

As you may have understood, the new app uses the Bit Torrent peer-to-peer technology to enable communication between users.

This means that the information (which is encrypted) are not stored on servers but only Bit Torrent users’ devices. This is  an approach that (theoretically) avoid the vagaries of the cloud, in terms of the confidentiality.

With any application worthy of the name IM, you can now create an account by providing an email address or a phone number. But there is also a mode called “incognito” which lets you use the service without having to give any personal details.

The good news is that BitTorrent Bleep already not only supports text messages but also voice chats. But since this is still an alpha release (open), many bugs are still to correct. Battery related limitations and consumption data are particularly mentioned over there.

Otherwise, Bleep currently works only if the two parties on the Chat are online. So no more asynchronous chat.

10 tips to create and distribute viral videos on Youtube