This year, no fewer than five major manufacturers of smartphones introduced Connected watches or SmartWatch. What do the envy of those who did not take this opportunity. Huawei is expected to enter the race next year.

With LG, Motorola, Asus, Samsung and Sony-will Huawei win the race? These all five global manufacturers of smartphones  presented connected watch to visitors of  IFA 2014 in Berlin . Four of them running Android Wear, Samsung has preferred to rely on his infamous Tizen. Many other manufacturers are still expected to enter in this segment. Some have already announced their intention to rush this trendy market . Latest is Huawei, already on the segment of connected objects through its Talkband B1, a bracelet equipped with a 1.4 inch OLED screen and a microphone to take calls. But the Chinese group did not stop there.

A Connected watch/Smartwatch  by Huaw 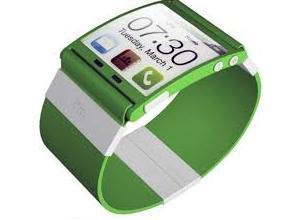 On the occasion of an interview with Richard Yu, who said it is currently preparing a new log object Connected Watch/SmartWatch in next year , animate and Wear it with Android.  In his words, the watch will be ‘new and beautiful. “It should even be, as the CEO of Huawei, more visually appealing than the last shows from Samsung, namely Gear S. Samsung is indeed the actor to beat this segment.

A smartwatch scheduled for Barcelona?

Engadget will not know any more about the schedule of Huawei. Neither in terms of products, or in terms of price positioning, or even a launch date. Naturally, a specialist in mobile telephony, Barcelona seems the right place to unveil a new watch. Whatever his choice, Huawei will however face stiff competition. Because by then, other smartwatch should leave. Apple could make it official tomorrow.

Blackberry Classic: a few shots of the next mid-range BlackBerry