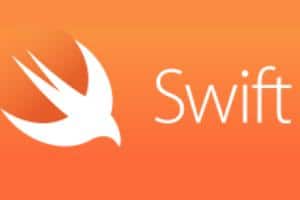 If you remember, it’s been a few months when Swift programming language has been unveiled by Apple. Specifically, it happened during the Worldwide Developers Conference (WWDC) conference in San Francisco in June. This is probably a successor to the Objective-C language which until now we use to develop Apps for iOS and OS X platform.

But until now Swift programming language had not yet reached the “Gold Master” level but this Cupertino Company has announced that Swift has already reached Gold Master. Simply speaking, it is not yet fully operational. Bad news is that Swift programming language can now be used by only owners of iPhone or iPad. Good news is that the Swift and Objective-C can coexist on the same application. This could have multiple benefits for developers. Application development might get some extra pace as such.

Regarding OS X, Apple will also begin accepting the submissions of Apps, coded in Swift programming language, for its other operating system when the final version of Swift will be launched very closer to Yosemite’s launch which we are expecting in this fall.

According to Apple, the syntax of the new programming language would be more expressive and concise and writing code would be “funny”. For users, better language means better apps (and more and more apps). For Mac Apps you can still use Swift programming language for applications development by downloading the beta version of Xcode 6.1 from their website. Hope for the best for this new Apps development Language.

Spotify video ads will arrive soon with us